The Story of the Mysterious and Short Lived Cookie Monster Mural in Peoria, Illinois

Joshua Hawkins, 34, is a hobby painter from Peoria, Illinois, and got an offer for his biggest commission ever.

The Peoria Journal-Star reports a man, only identified as “Nate”, showed Josh an illustration that he’d like to use as a basis for a mural on the side of his business.

Hawkins agreed to paint the mural, saying it’s “one of the best paying commissions I’ve ever had.” There was even enough for Joshua to hire a couple of people to help with the painting. Nate gave Josh half of the money upfront, supplied the paint, and told him when he was finished he’d get the rest of the cash.

Josh and his team started the project on Black Friday and finished two days later. The final product was Cookie Monster, standing in front of the Peoria skyline, with the words “World Earth Cookies” written in Russian.

Josh didn’t know the context of the writing or the entire artwork for that matter, but he was happy with how it turned out, and so was Nate, who paid him the rest of the money owed.

A few days later, Josh got a call from a different Nate, Nate Comte, the owner of the building.

Nate was furious with Josh for the project. He was out of town over Thanksgiving, and when he came home, there was a big surprise painted on the side of his building.

“What the hell is this mural on my building?” he yelled at Hawkins.

Josh was confused because hadn’t Nate hired him to do the project?

“He threatened to call the police on me,” Hawkins says. “After that, it started to click.”

Comte didn’t believe that someone would fake his name to have a painting done on the side of his building.

“I don’t think anyone is that stupid,” he said. Even now, he isn’t sure what to believe.

“It was definitely a weird situation from the beginning, and we should have asked more questions,” says Josh, who says the calls and messages to the fake “Nate” have gone unanswered.

More: There's a Mysterious Pit in Southern Illinois that No One Will Talk About

The best idea I could come up with is an elaborate prank that requires a lot of setup. Perhaps a friend of Comte who didn’t just hire a team of artists, but also a graphic designer to illustrate the initial drawing. He would have to know Comte would be out of town. It wasn’t cheap though, the paint alone cost a few hundred dollars.

Hawkins says, “I’m still trying to wrap my head around who this guy is, and why he paid me to paint a mural on a building that isn’t his.”

Best of the Web 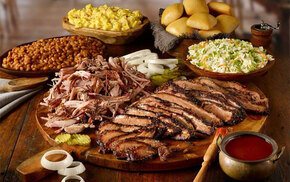 Welcome back to CLUB 975

It appears that you already have an account created within our VIP network of sites on . To keep your personal information safe, we need to verify that it's really you. To activate your account, please confirm your password. When you have confirmed your password, you will be able to log in through Facebook on both sites.

*Please note that your prizes and activities will not be shared between programs within our VIP network.

Welcome back to CLUB 975

It appears that you already have an account on this site associated with . To connect your existing account just click on the account activation button below. You will maintain your existing VIP profile. After you do this, you will be able to always log in to http://975kissfm.com using your original account information.

*Please note that your prizes and activities will not be shared between programs within our VIP network.

Please fill out the information below to help us provide you a better experience.

Sign up to have exclusive CLUB 975 contests, events, coupons, presales, and much more delivered to you for FREE.
Like Us on Facebook
CLUB 975 brought to you by:

Thank you for your request.